The Executive Committee, comprised of executive, operational and functional directors, defines strategic objectives on the basis of the orientations decided by the Board of Directors, coordinates their implementation, ensures that the organization adapts to changes in the business environment, and oversees both the definition and the accomplishment of the responsibilities and delegations of authority of Executive Management.

The primary decision-making bodies of the Ngoy Group are the Board of Directors and the Executive Committee. Our board is responsible for the company’s strategic direction, talent development and financial performance in a sustainable way.

With a strong track record of leading people to achieve results. Together, they are working to make our organisation the most trusted partner in all fields that we undertake. 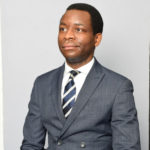 Dan Ngoy is Chairman and CEO of The Ngoy Group a leading diversified organisation based in London, united kingdom.

He leads the company’s strategy and business initiatives and oversees the strategic direction and growth of the business’s development portfolios throughout inception and completion.

Graduating from Middlesex, Bedfordshire and Roehampton Universities respectively he began his professional career at the age of 19 by establishing an investment management organisation Hampshire and Jones Investments to shake up the world of finance by investing in lucrative untapped industries, and seeking undervalued stocks.

In addition he has established companies in the fields of media, advertising, industrialisation, and film production over the last few years. With a strong record of creating and managing business his knowledge and expertise have proved extremely valuable as the business looks to future growth. 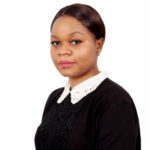 As marketing and digital officer of the organisation Joelle Ngoy is responsible for driving strategic partnerships, planning, development and implementation of the Groups corporate marketing and communications strategy, in order to raise the organisations profile for delivering commercial success and transactions to accelerate growth across both the consumer and commercial businesses, which includes marketing for all services, communications and research.

Her roles include working with external partners around the world, ranging to identify areas of collaboration, drive innovation and unlock shared value. In this capacity, she also manages relationships with the online advertising community and oversees strategic implantations of our digital and online presence.

With a long successful career in the online sales industry. She has been immensely creative and diligent in establishing her own private enterprises over the years and leading them on to enormous achievements. With the strong ability to pick strategies and products that go on to great successes and with a keen eye for future developments she is a great asset to the company and has played a key role from inception. 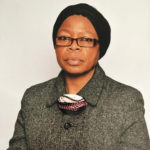 Helene started out her professional career in the fashion industry developing, leading, and marketing her own fashion brand in the early 2000’s before joining the organisation. Her overall outlook and her ability to connect with people have helped the group gain access and expand in new fields and territories over the years. 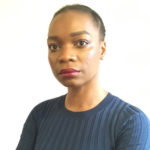 Tasked with overseeing the day-to-day administrative and operational functions of the organisation and handling all internal affairs. Violette has been involved in the business world for an extensive period she started out at the early stages of her career with interests in the jewellery, fashion and administrative sectors.

Her skill and knowledge have proved beneficial over the years and her ability to understanding the inner functions of companies functionality has helped us develop our processes as well as help to identify key stake holder and partners for our projects.

With her immense management ability and business know how her endless energy has helped us establish a foothold in all industries we are involved in.

NON EXECUTIVE ADVISOR AND TRUSTEE OF THE NGOY FOUNDATION 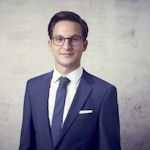 Jesse Smith has a long track record in the media industry working closely with the BBC and writing, producing the hit animation web series Divecomics.com.
Along with the co-chairs and trustees, he helps shape and is involved in approving grant making strategies, and advocates for the foundation’s issues, helps set the overall direction of the organization.

Intensively working to expand opportunity to the world’s most disadvantaged people by collaborating with grantees and partners, he also participates in national and international events and travels extensively to focus attention on the issues the foundation champions in the United Kingdom and around the world.

He has been involved in business management and procedures for over a decade. With his ability to understand future developments and world trends he has worked closely with Dan Ngoy on their first venture together Bysona Media. His long commitment and passion to the organisation has been un-dwindling, as well as his core guidance and support to the Ngoy Foundation has had a great impact on projects undertaken. 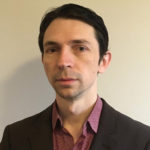 John Berridge has been at the forefront of the business learning and development world for over the last fifteen years. His business development and support skills has been sought out by many international organisations and key business leaders throughout the globe.

His assistance, backing and commitment to the group has been extremely beneficial and has helped us develop our teams and overall management, and leaning structures. With his help throughout the years we have grown into a more understanding and accountable organisation that is at the forefront of developing its employees into the next future leaders of our industries.